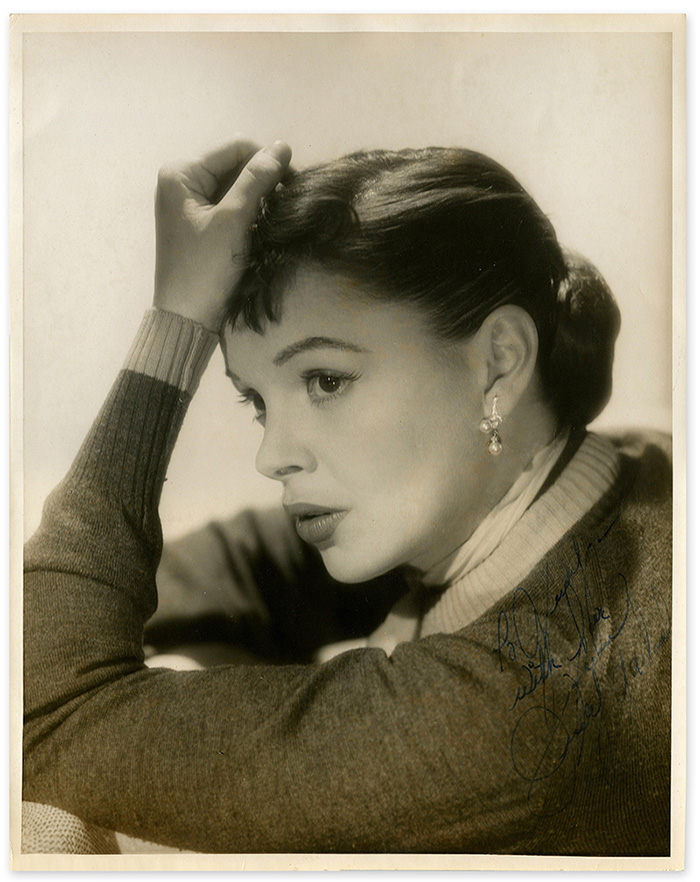 Judy Garland autographed photos are highly sought after by collectors, whether those collecting from early in her career as a teenage singing sensation, on to her iconic turn as Dorothy in “The Wizard of Oz”, or her expansive stage career in concert, fans are still crazy for the Little Girl with the Big Voice.

This absolutely exquisite oversize, double weight portrait shows Judy Garland wearing an Esther Blodgett costume sweater from Warner Bros.’ “A Star is Born” (1954). Judy has signed and inscribed the photo to the wife of Warner Brothers publicity man Robert Graham Wahn, who ironically was also named Judy, making this a very unique inscription: “To Judy – with love from Judy Garland”. Sold at auction for $930. 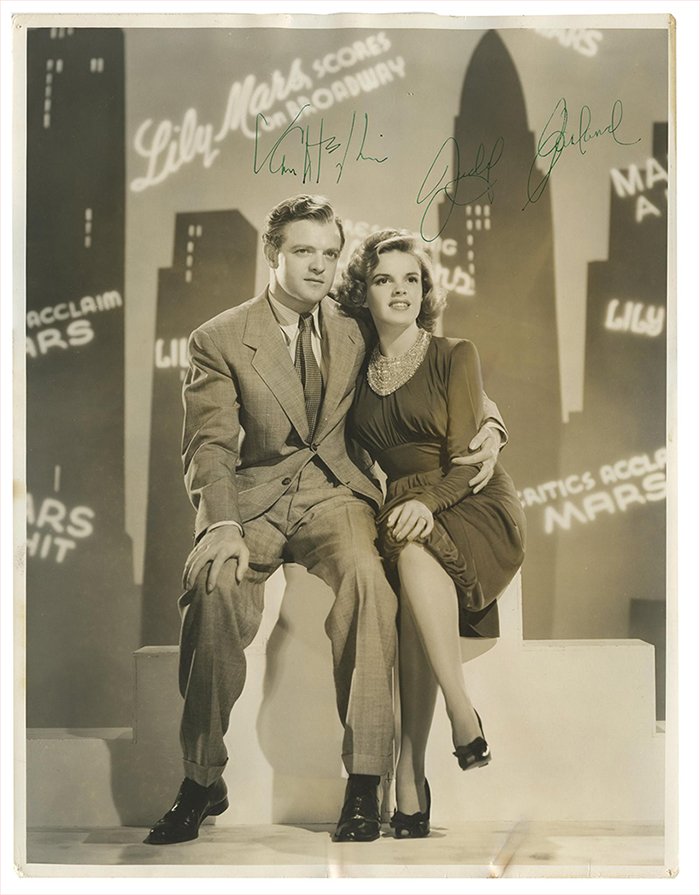 Here’s a vintage oversize publicity photo from the 1943 MGM musical “Presenting Lily Mars”, featuring Judy Garland and Van Heflin. Both stars have signed the photograph in green ink; the picture includes an MGM studio snipe on reverse. Sold at auction for $372.

If you’re interested in selling a Judy Garland piece or classic Hollywood autograph at auction with us, check out our Hollywood memorabilia consignment page for more information.

Looking to buy a similar Judy Garland autograph at auction? Get an email notification next time something like this comes to auction.
Get Auction Alerts