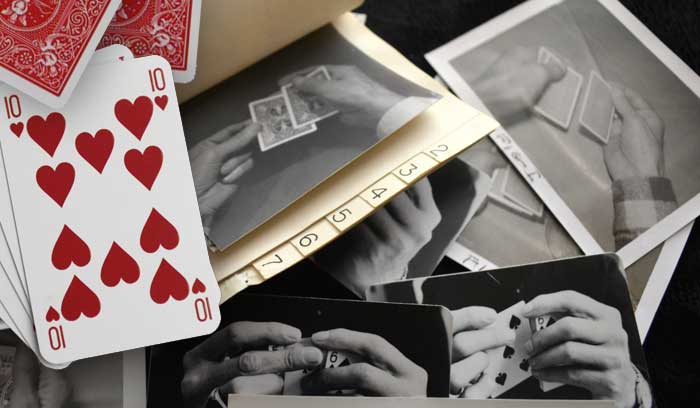 h2>It’s pretty amazing when your hobby and your business get to mingle.

Last year, I had just such an experience mixing business with pleasure, and anyone who enjoys the art of card magic and gambling routines like I do will probably understand my excitement.

I’ve loved card magic since I was a little kid, and I’ve never gotten it out of my system. In my time as an antique book dealer, I’ve bought and sold many advanced card magic books, passing them on after studying the routines myself.

One of the most legendary names in card magic, Ed Marlo ranks among my favorite magicians, or as he might have said, “cardicians”. His publications are famously coveted among card magicians for their how-to explanations for some of his most popular card magic manipulations and gambling routines.

So, you can imagine what a thrill it was for me when our shop had the opportunity to acquire a monumental collection of rare handwritten card magic / gambling routine manuscripts penned by Marlo himself. 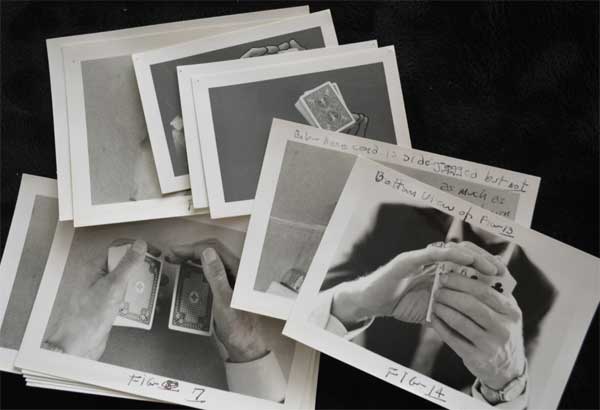 The collection was packed with Marlo’s personally organized files of carefully written and typed manuscripts, including his original photographs of hand placements for many card tricks, sleights and moves. It was clear: The man had obviously spent a considerable amount of time and care in piecing this all together.

Although most of the manuscripts included instructions and card magic secrets that had previously been published, a small number appeared to be unpublished or at least offered variations of card magic sleights that hadn’t been put in print before.

Combing through the vintage sheets of paper was a wonderful opportunity for me to get a glimpse of how Marlo put his ideas down in black and white. It was especially exciting to see the hand-sketched diagrams of his iconic moves, drawn in blue ink along the margins of his tricks. 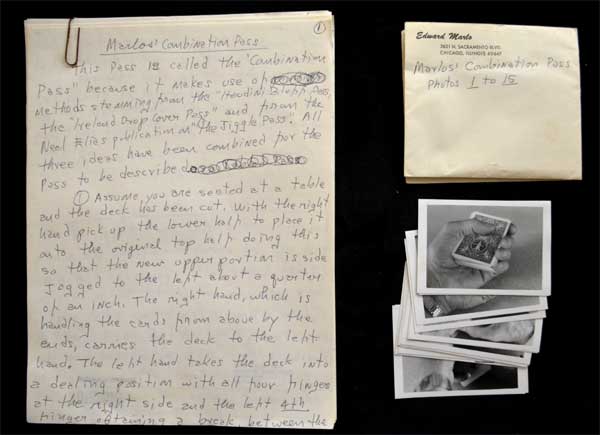 Familiar with “The Cigar Bottom Deal”?

Of particular interest to me was a original manuscript on a move called the “Cigar Bottom Deal”. If you’re reading this blog and know anything about Ed Marlo, or have an interest in gambling demonstrations, you’ll understand the importance of this manuscript! It was a really special moment for me to have the opportunity to actually see this move written down in Marlo’s own hand.

These privately printed, numbered and signed manuscripts are collectable in their own right; but being able to hold and study the original handwritten sheets that Ed Marlo carefully compiled for these publications was really something else!

If you have have any Ed Marlo items, or other card magic books or magic ephemera you’d like to sell, we’re always happy to help – it gives me another chance to talk about card magic! Contact us today.