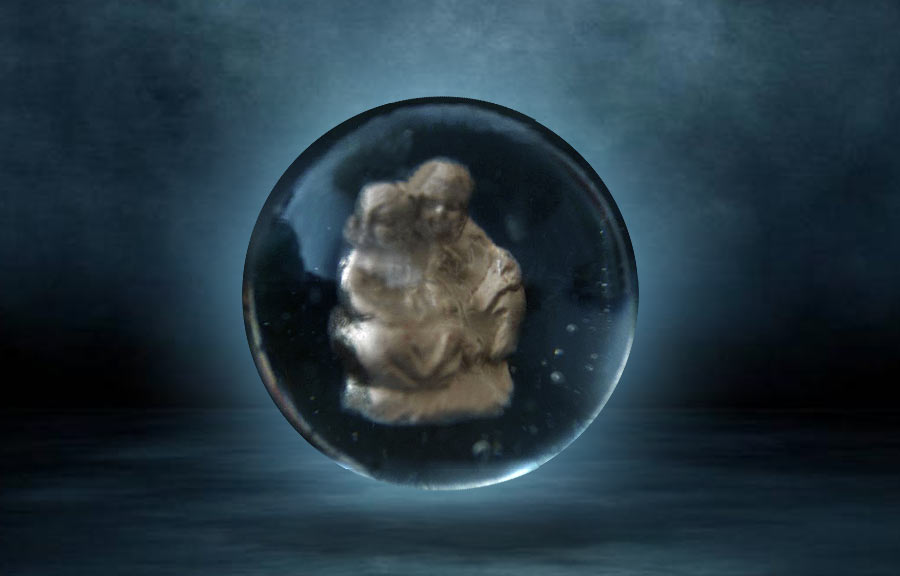 Though we specialize in selling antique books, we also deal in buying and selling small antiques and collectibles, including the occasional children’s toy.

Antique marbles are very collectible today and range from glass marbles hand-crafted by German makers in the late 19th century (where the majority of glass marbles were made up until around 1920) to American-made marbles produced by machinery in the early 20th century.

There are far fewer handmade American marbles dating to this period than there are German-made marbles.

What are sulfide marbles?

First produced beginning in the mid 1800’s through the 1930’s, sulphide marbles are clear or transparent glass with a tiny sulphide figure inserted within them.

Each marble was crafted by hand and therefore each is unique, carrying its own marks, air bubbles, and sometimes cracks if the process was not carried through carefully.

What is sulfide? The term ‘sulphide’ was used by early marble collectors who assumed the tiny figures encased in the glass were made from sulfur. Actually, the material used to create the tiny figures is more like white clay or porcelain.

The most common sulphide figures you’ll find in antique marbles are animals of all sorts including dogs and cats, birds, and barnyard animals.

Slightly less common than these are wild animals such as lions and elephants. Human sulphide figures are the most difficult to find; the human figures were often busts of famous people, or were full length figures.

Rare antique sulfide marble with a figure of children

One of the rarest antique sulphide marbles is pictured here and is one of the marbles we’ve sold at auction.

You’ll see that the figure encased in the marble is well centered within the glass (an aspect collector’s really like) and features an unusual figure of a little boy and girl sitting together reading a book.

The figure of the children is nicely detailed has a beautiful silver patina. The pontil mark to base (considered the south pole of marble) has been ground down.