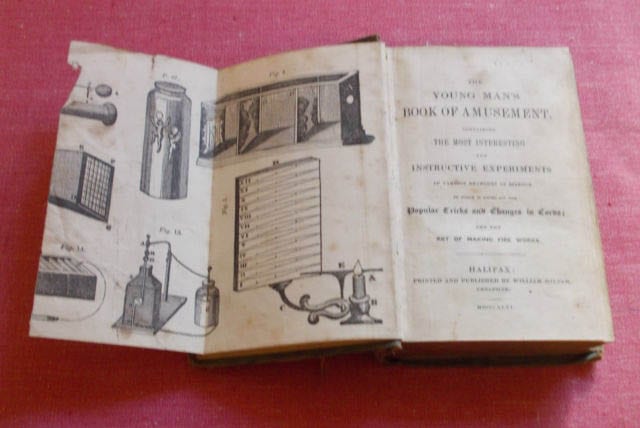 “Containing the most interesting and instructive experiments in various branches of science to which is added all the popular tricks and changes in cards and the art of making fireworks.” That’s a mouthful, but it’s absolutely true of this wonderful volume for Victorian boys.

An early and extremely scarce first edition hardback, “The Young Man’s Book of Amusement” spotlights various branches of magic intended for the amusement of 19th century boys and young men. A collectible find for the magic aficionado, the book was published by William Milner, Cheapside in 1846, the how-to book teaches kids how to perform these sorts of tricks:

“Amusement” also features some very early text on card tricks and ventriloquism, along with illustrations and diagrams.

We buy and sell vintage and antique magic related books, click here to see what we specialize in.