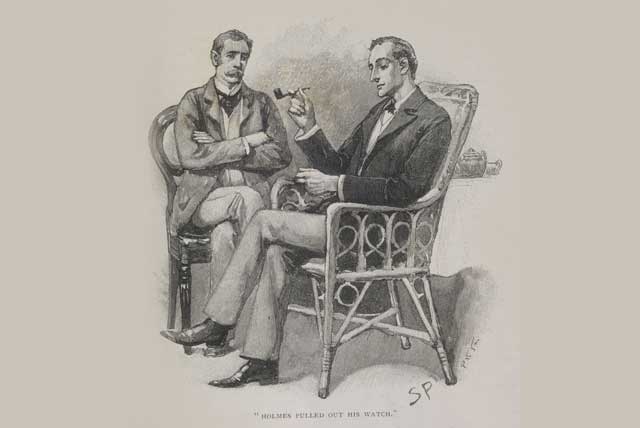 This edition of the Strand Magazine, dated January – June, 1893 is special in that it contains the six short story installments of Sir Arthur Conan Doyle’s “Sherlock Holmes” series:

Before ever being published in book form, Doyle’s legendary “Sherlock Holmes” series was first printed here in The Strand Magazine with illustrations by Sidney Paget.

A monthly magazine in Britain, The Strand was composed of short fiction and general interest articles. Its original publication ran from January 1891 to March 1950, comprising 711 issues, many of which are highly collectible today.